What’s different between a zorb ball and an inflatable water walking ball? Well, their design objective are different. Zorb is designed for rolling on land, whereas water walking ball is for walking on water. Besides that, there are some other distinctions, especially the part of how they are made.

Zorb is made of two balls which one is inside another and an air cushion layer is between them. The two balls are connected with an amount of nylon strings so as to keep them relatively stable. See the equipment below. 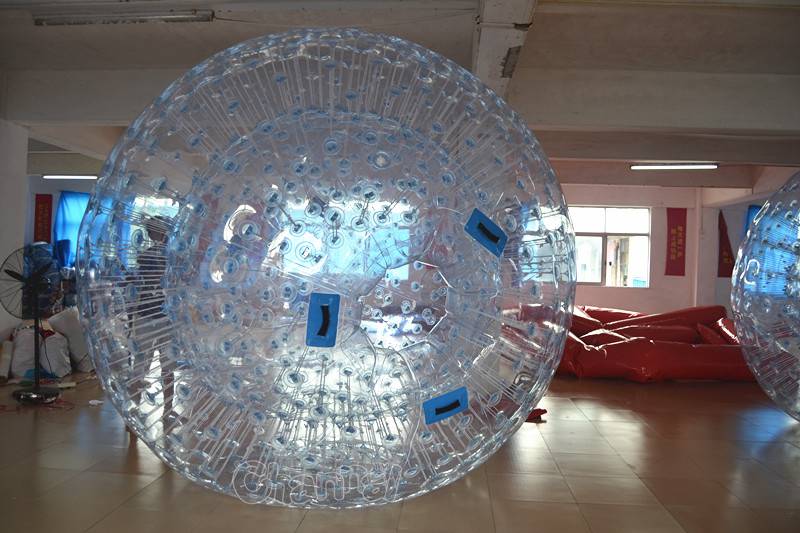 The material used for making zorbs is normally and industrially 0.8 to 1.0 mm PVC(polyvinyl chloride) and TPU(which is better material than PVC). A typical zorb ball is 3 meters in diameter. New Zealand is the origin of zorbing, and now China is the largest producing place.

Zorb ball has been fitted into some games, like human bowling, zorb racing, zorb rolling.

Water walking ball, generally speaking, is made of only single orb. A user should enter the ball first, zip it closely and then blow it up through a blower. The entire environment is air sealed, so a rider can not stay inside for more than 15 minutes. The best and also safe place to use water ball is on the surface of a large swimming pool, river and lake, not recommend using on sea and over deep water in case of accidents. See the equipment below. 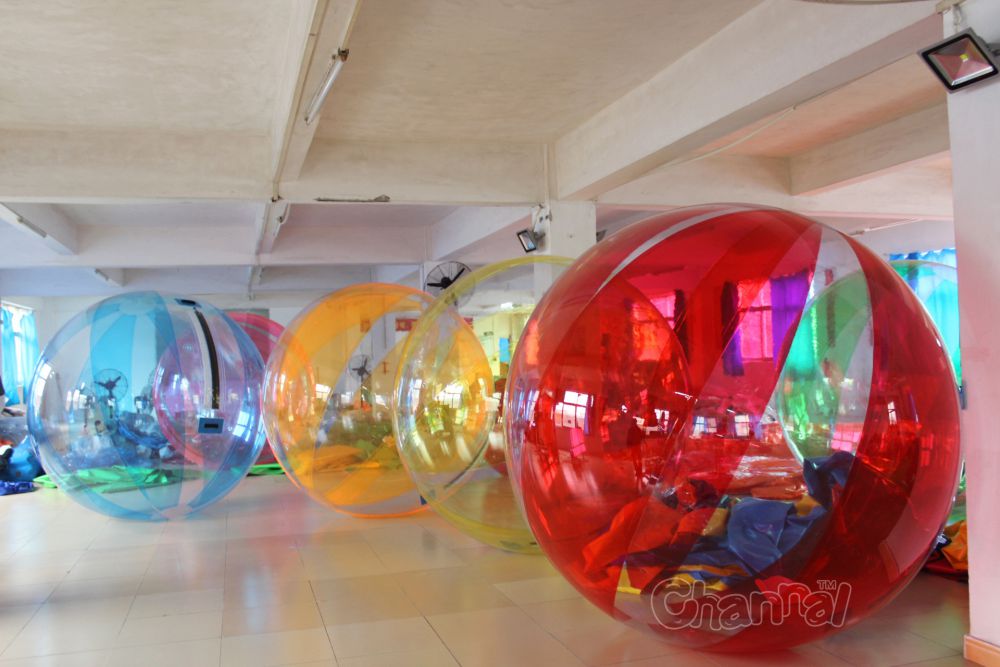 The material used for making water balls is normally and industrially 0.8mm and 1.0mm PVC. A typical water walking ball is 3 meters in diameter for adults, and 2 meters for kids. The very first commercial water ball was designed by Charles Blane Jones in United State.

Beside the spherical shape, there is another type of water walking ball, that is inflatable water cylinder or inflatable water roller. Water cylinder has the some structure with zorb ball, namely has two layer structure. And it can contain two or three people inside a tunnel-like space due to the large capacity. Despite the two layer structure, water roller is definitely not allowed to roll on inclines on land because of the entrances on both sides are not sealed.

Using bounce houses on labor day for your kids, teaching them about your career and meanwhile having a great... read more

Rental business will be always sought-after because of its high return on investment. Here are some party rental business... read more

What Is Inflatable Combo

Inflatable combo is a type of inflatable manufactured goods which often combines inflatable slide and bouncy castle together into... read more