How to Celebrate Halloween with Inflatables

Halloween is coming, now how to celebrate a spooky Halloween with inflatables? Let’s dig in, it’s fine for both adults and kids.

Let’s suit up. Er, not the dull formal ones, I mean inflatable costumes. Afterall you are going to wear costume anyway. There are so many Halloween themed inflatable costumes to wear, the only limitations are your imagination and availability to buy. You can dress up like a spooky ghost, or a zombie eating a brain, or just be a fat fat pumpkin man.

Using inflatable decorations to make your house and yard more frightening during the Halloween holiday, especially nights, is such a magnificent idea which will never be outdated. 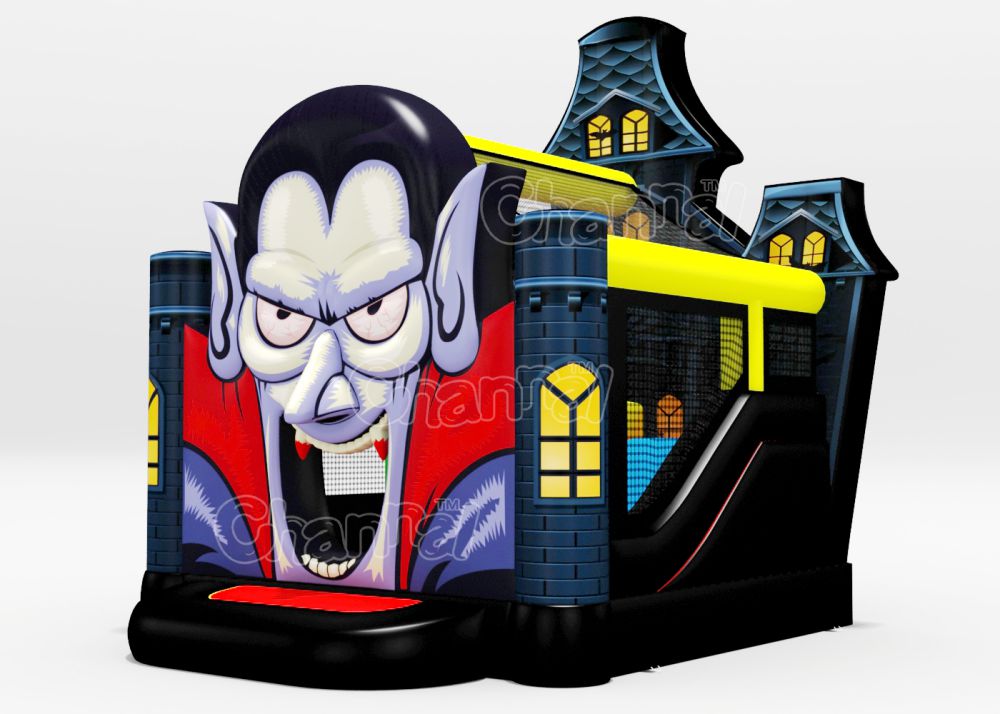 Setting up a Halloween themed bounce house or inflatable slide in your backyard for kids to jump in the daytime of Halloween sounds great. It can also be a part of your house decorations, because bounce house can be designed into structures of any dreadful characters, such as Frankenstein or Jack Skellington.

Another convenient way to erect a Halloween haunted house is through blowing up an inflatable haunted house or inflatable Halloween maze. You don’t need to buy all sorts of decorations and props. The inflatable scary house already contains blood-curdling paintings. Of course, you are able to make it more terrifying by adding some spooky lights and sounds.

How to Throw a Bounce House Party

Some ideas for parents about how to throw a bounce house birthday party for their kids, include bounce house... read more

Games to Play in a Bounce House

Multiple fun games to play in a bounce house besides jumping, bounce house games for kids to maximize their... read more

There are many inflatable games are able to make team building activities and corporate events more fun and collaborative. read more